Besio: a synonym for candied fruit
and Chinotti since 1860 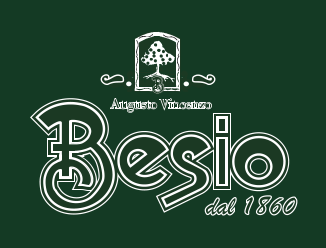 The company “Besio” has been synonymous with quality, candied fruit and Chinotti for more than a century.

Around 1877/1880 Vincenzo BESIO, already a grocer and confectioner with his own business in Savona from 1860 onwards, learns about the techniques of candying used at Silvestre Allemand & c. (a French company producing candied goods which relocated to Savona in 1877) and starts to apply these himself.
After elaborating the knowledge and competences in this processing, which led to rapid success, he decides to dedicate his focus entirely onto the candying and to renounce his former activities. Thanks to the good personal relationships established he sends his son Benedetto Ernesto to France to have him enhance his skills further.

Benedetto Ernesto settles in Aix-en-Provence where in 1913 his son (and grandson of the founder) Augusto Vincenzo is born. Upon the outbreak of World War I the businesses of the Besio family come to a halt in both France and Italy.
However, in 1918 with the help of his brothers, Benedetto Ernesto resumes the activities in the factory in Savona - later also with his business partner Sanguineti in the factory in Via Saredo (also Savona), which enables them to employ a hundred workers at the height of their productivity.

Years go by and also the young Augusto Vincenzo starts to work in his father's business. Just before the outbreak of World War II the Besio company also operates in a factory situated in Via Verdi (Savona). Over the years the company has experienced phases of great development and sudden downsizing, mostly due to the lack of raw material, like sugar and fruits, which during the wars became unavailable goods.

In the 1960s the factory moves into Corso Ricci close to the Letimbro stream, where, unfortunately, the historical archive gets lost in the flood of 1992.
The company has grown continuously until the 1980s, after which Augusto Vincenzo Besio, now almost in his eighties and therefore tired, starts to resize the business. At the beginning of the 1990s, when the company has a big name and small sales, the Servodio family becomes the proprietor alongside with a cousin of Signor Besio, who himself has collected experience in the sector of candied fruit. In 1994, the facilities in Corso Ricci have become old and outdated and the company moves into the city's industrial area where a warehouse and new machines are purchased which enables a significant increase in production.

The Besio company has been producing candied fruit for more than a century and a half and with the growth of the markets of candied fruit further products have been added, but most important is and has been the production of candied Chinotti (bitter oranges) and Chinotti in maraschino.

This particular citrus fruit has been cultivated mostly in the province of Savona since 1600 with the apex of its production between 1900 and the 1930s.
In the immediate post-war period the company begins its development which has led to the worldwide recognition of its products.

Currently, the Chinotti in maraschino are one of the few products - alongside with the Farinata and the Pesto Genovese - which are entirely Ligurian.
The fruit is cultivated and harvested in a dozen small farms in the province of Savona and its processing is entirely done on site.